skip to main | skip to sidebar

Here's a sneak peak of some of the customs for December, including the winner of the free singlet/t-shirt this month :). All customs have now been sent. 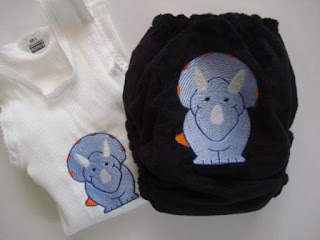 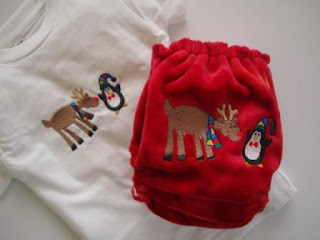 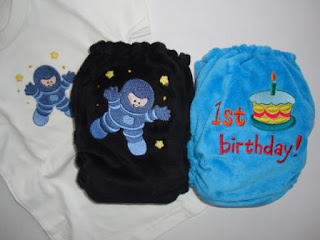 Now I never did finish my blog on my plans for next year. But firstly...
A huge thank you to everyone for making Fluffy Bubs so successful this year. I had my first ever stocking at the end of January this year and it's been non-stop ever since. On a personal level, it has been a difficult year for myself and my family, but having Fluffy Bubs has helped me keep on going. In fact, this year is ending with as much promise as it started with, so I'm hoping that 2010 is a great one for everyone.

Christmas - All the customs from the 1st have been sent out now and there are a few more lay-bys that need finalising. Everything is coming to an end for the year. I will be taking a much needed break. I won't be stocking the store until February....well, that's the plan anyway. The main reason for this is the change over to the new host and the new site. I'm not 100% sure when the new site will be 'live', but rest assured it is well and truly on it's way. Anyway, I'll be taking an official break from Monday 21st December until January 4th. I won't be sending parcels or responding to emails during this time. Orders may be placed and I will send them on the 4th.

Stocking - That's right, there's a stocking! I wasn't meant to have a stocking this month but there will be one on Friday 11th starting from midday. Now I know that time won't suit most, but maybe people who usually miss out will have a chance to get what they want. To coincide with the stocking, there will be a Minky Madness sale. I finally got around to listing some seconds (which are barely seconds). Minky cuts are $5 each or $28/yard....bargain!

My plan right now is to cease having 'custom stockings'. It's not all bad though. I actually hope to have the store stocked so there won't be times with nothing in store. For Minky Days I also hope to be able to offer you back order for prints that aren't seasonal - which in effect, is a 'custom order', except you won't have to wait until the 1st of every month to order. With Dreams nappies, again I hope to keep nappies in stock, but you will also be able to order whenever you want.
That's it for now. I hope everyone is well leading up to the Christmas rush :).

Fluffy Bubs
I'm Peggy, Mum of two gorgeous boys, Ryan who's 3.5 and Luke who's almost 2. The Fluffy Bubs teams comprises mainly of myself, along with a few other Mum's who help me out during the nappy making process.